A FILM BY JESSICA NETTELBLADT

In her previous work, Jessica Nettelbladt has explored homelessness, mental illness, prostitution, children at risk and themes of abandonment and death. Her films are propelled by a heartfelt desire to know her subjects in depth, but to also understand and process her own life and experiences. Her previous documentary feature, I Am My Own Dolly Parton, was praised by critics and screened at festivals, cinemas and broadcast on TV both in Sweden and abroad.

Her latest film, MONALISA STORY, invites viewers to understand the anatomy of addiction and urges us to think deeper when it comes to nature, nurture and the accountability of society. By sharing Monalisa’s story, she moves beyond the life of this brave individual, also bringing social issues into sharp focus. 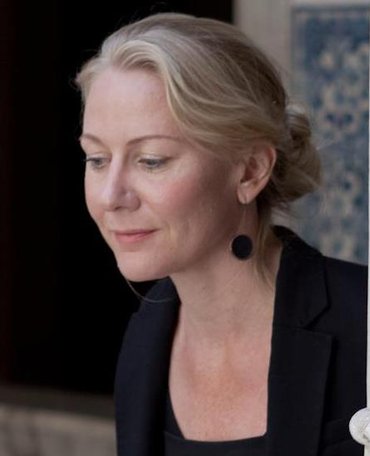 For more than a decade, documentary narrative has been the tool of choice for filmmaker and director Jessica Nettelbladt when exploring existential and social themes in her many films and radio presentations.

Intrigued by people on the outskirts of society and the reality they face, often colored by prejudice and taboos, she applies a process-based method where the work is allowed to evolve over time, even years. Ms. Nettelbladt’s documentaries go deeper, they bring us the people behind the masks, roles and social stigma while preserving their dignity.

She has a flair for exposing both what is different and difficult as well as shining a light on what unites us. These documentaries make it harder to remain detached when it comes to the disenfranchised, to think in terms of “us and them”.

Jessica Nettelbladt holds a Master’s degree in filmmaking from the Valand Academy in Gothenburg, Sweden. She is also a graduate of the Stockholm Academy of Dramatic Arts, Nordic Documentary Film School at Biskops Arnstand the Swedish School of Television.